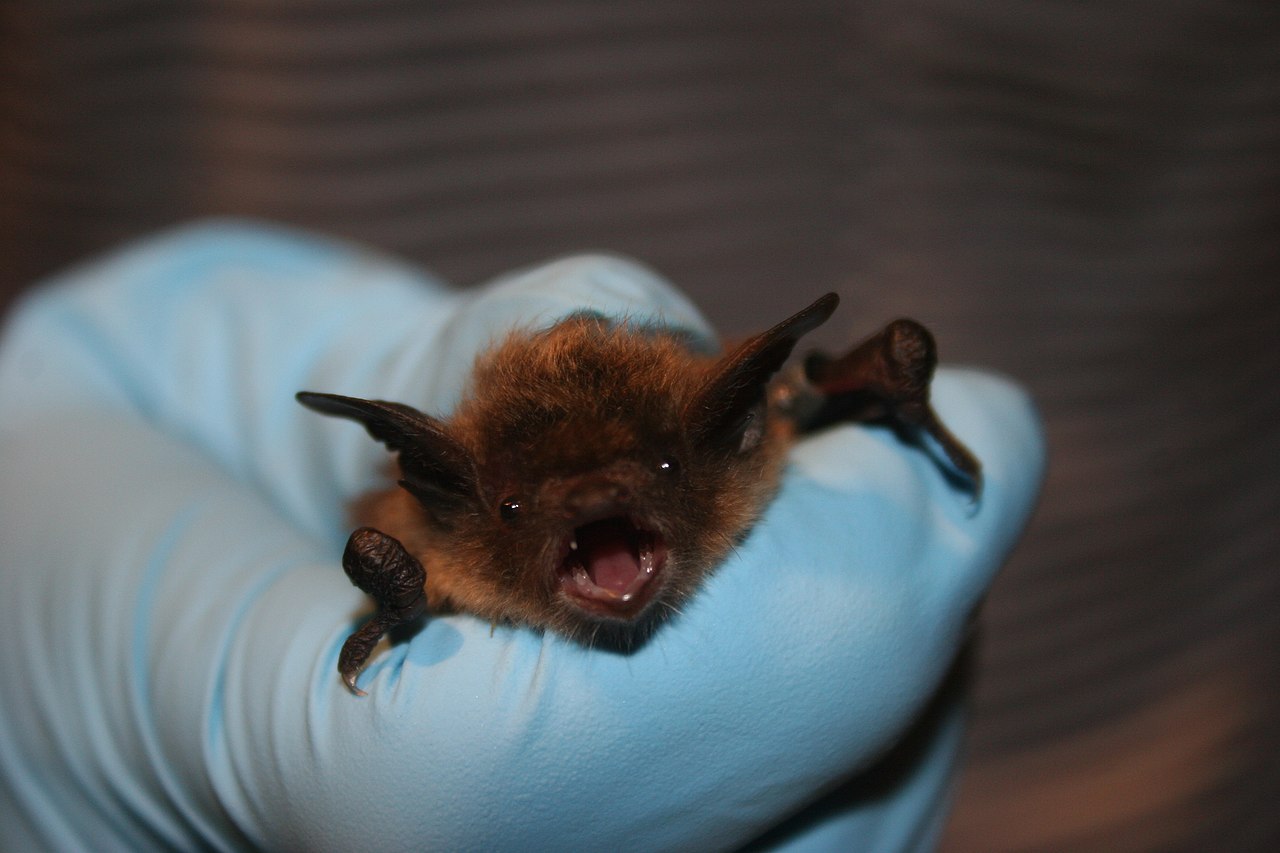 You’ve probably heard about White-Nose Syndrome (WNS), the particularly nasty fungal pathogen that has decimated North American bat populations over the last decade. Not only has WNS been extremely deadly, but the speed at which it’s spread has been alarming. Really alarming:

Understanding why WNS has spread so quickly is an obvious step towards predicting the future spread and potential control of the disease, but it is not easy task. Mainly, the spread of WNS hasn’t radiated out linearly from a starting point. Instead, outbreaks have hopscotched across eastern North America, often showing up in disjunct and distant populations from year to year:

But the movement of pathogens from population to population depends on dispersal of their host, right? While straight line distance might not be the best predictor for the spread of WNS, undetected barriers for bat dispersal might play a large role. A recently-accepted paper in Molecular Ecology by Aryn Wilder et al. (quoted above) provides a range-wide analysis of genetic structure of little brown bats (Myotis lucifugus) that shows how inferences of recent dispersal informs the spread of WNS.
Wilder and colleagues collected mtDNA and RADseq data from individuals that represented the entire North American range of little brown bats. The resultant genetic distances between populations were considered along with geographic distances between sites in a mixed-effects model that described the real-life spread of WNS across years. Predictably, the more distantly-related or distantly-located two populations were, the less likely their risk WNS introduction. However, the the highest level of predictability was demonstrated when genetic covariates are included in the model, showing that distance by itself had lower predictive power for the spread of WNS.
The impressive long-distance dispersal by little brown bats (regularly > 500 km; Norquay et al. 2013) and the paltry genetic differentiation across all sites measured with RAD loci (ΦST = 0.008) combines to paint a picture of WNS spreading through significant bat dispersal. However, the lack genetic structure seen in eastern North America (where WNS has spread the most) doesn’t carry over to populations in the west:

Our range-wide genomic data suggest that the spread of WNS by an important host is likely to be slower in western North America than in the eastern half of the continent, where a rapid geographic expansion of the disease has been observed over the past eight years. Given that the spread of WNS to date has been correlated with subtle patterns of genetic differentiation in eastern North America, the rate of dispersal of the fungal pathogen by little brown myotis should decrease as WNS moves into the Great Plains, where genetic differentiation among localities increases substantially.

This entry was posted in Molecular Ecology, the journal, phylogeography, population genetics and tagged pathogens, RADseq. Bookmark the permalink.