Can hybridization save a species, genes, or both?

Climate change is real, species are going to move around, and it will definitely cause some problems.
Even if you aren’t a conservation biologist, the above common knowledge has likely permeated into your scientific life at some level. What conservation biologists plan to do about it likely has not.

For example, say a species of small mammal is a bottomland specialist and its range is being pushed higher and higher in elevation due to rapid warming. Their population size is plummeting and there is a great concern for extinction. Now say that this species is beginning to overlap a second, high altitude specialist species. Both species are imperiled during a rapidly-changing climate and invading a limited area of increased elevation.

Hold onto your butts, this post has Jurassic Park references

By some chance, each species may undergo adaptive evolution to these new environments and recover from population declines (“evolutionary rescue” or, if you prefer: the “life finds a way” principle). However, relying on de novo mutations to produce those phenotypes can be a tricky proposition that depends on many factors like effective population size and mutation rate. Instead, conservation agencies might initiate some type of genetic rescue (GR), in which they mediate the transfer of genetic variation from other populations of species 1 and 2.
Genetic rescue is becoming more and more common, as indicated in the nice review of the subject published last year by Whiteley, Fitzpatrick, Funk, and Tallmon (a four-way 1st author!) in Trends in Ecology and Evolution. They provide multiple examples of genetic rescue in practice, and point out how the consequences and considerations during the process are informed by evolutionary theory.
In that review, the authors define GR as “an increase in population fitness (growth) owing to immigration of new alleles“. Where those new alleles actually come from and how they get there is another story all together.
As suggested in the small mammal example, biologists could gather individuals from other populations with potential adaptive genetic variation and introduce them into the declining populations. The most famous example of this is the successful genetic rescue of Florida Panthers, in which individuals from another subspecies in Texas were introduced into Florida. But what if those small mammals can, and do, hybridize with one another naturally? Is that a problem or is it a solution? 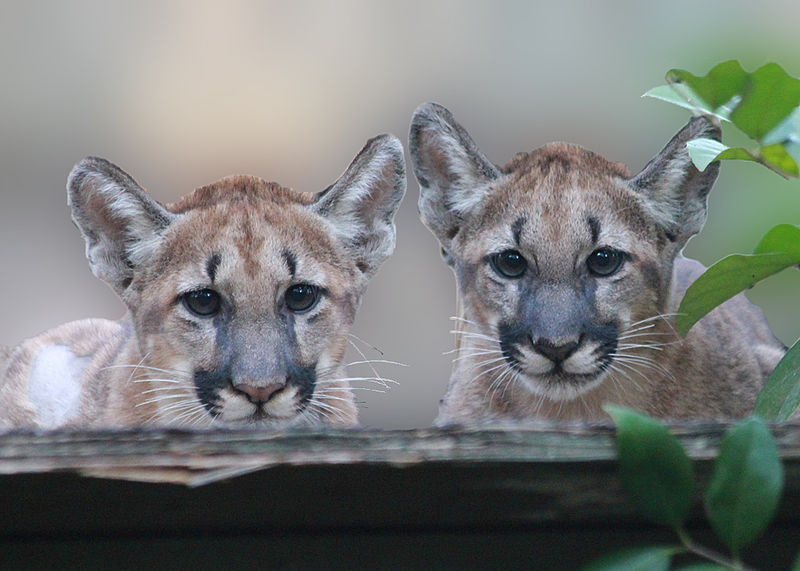 What a cute little poster child for genetic rescue. Image by Michael Stone

The immigration of new alleles via hybridization happens all the time without any assistance from humans, but a new perspective in Conservation Biology by Hamilton and Miller gets specific on hybridization as a means for conservation:

We suggest that genetic variation which persists within natural hybrids can have conservation value, and natural introgression between sympatric or parapatric sister species could be considered an ‘in situ’ conservation strategy, particularly where ‘pure’ species are at risk of extinction or where adaptive potential in admixed populations have been observed (Becker et al. 2013)

Hamilton and Miller contend that those who are primarily conservation biologists dismiss hybridization in a conservation context due to the many “risks” that haven’t necessarily manifested themselves in the scientific literature (like extinction due to hybridization or significant outbreeding depression).

While there isn’t a whole lot here that hasn’t been highlighted by other reviews (especially the 2014 TREE paper), there is a lot to be said here about the audience for each of these papers (Conservation Biology vs. TREE). As Hamilton and Miller rightly point out, the future of conservation biology depends heavily on an integration with evolutionary theory, and that may just include cuddling up with the idea of hybrids for conservation.

This entry was posted in adaptation, conservation and tagged Genetic rescue. Bookmark the permalink.
Loading Comments...